Portrait of a Lion

Lessons with S.: We had an amazing lesson yesterday--funny how sometimes the hour drags and I have to push her to keep working....yesterday the time flew as she sketched a lion's head onto a 24x24" canvas. We're looking at Matisse's fauvism and Franz Marc's blue horses and yellow cows. She is thrilled to be painting an animal in "crazy colors." We also looked at Rodrigue's blue dogs...She's sketched a Matisse-like floral/plant pattern in the background. With the large canvas she feels like "a real artist."

I forgot to mention that the photo in the previous post was taken by my dear friend from college, Roxana. Rox is an amazing photographer living in Boston with her amazing sculptor/architect husband. Here is her website:

I'm meeting Roxana and Liz in California in a week! So excited! 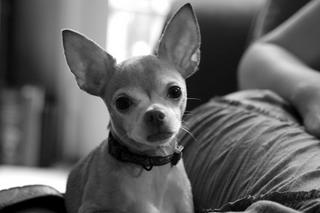 Here is a picture of my current figure drawing model. His name is Gizmo, and he's insane. Don't worry, I don't draw him nude.

This year is Year One at our school. That means we study ancient history--the Greeks, the Romans, the Egyptians....In my particular subject, Year One means we study Ancient Art, Giotto, Rembrandt, Cezanne. I think I definitely want to teach all the greek "vessel silhouettes," which is something I didn't do four years ago, which is the last time we had Year One. Maybe we could do a simplified "tile" collage, after looking at all those beautiful Roman mosaics at Pompeii (sp?).

Giotto--It would be cool to make some sort of art using gold paint, you know, to reference all the gold-leafing....

Rembrant--obviously lends itself to a portrait.

And then the yearly projects I have each grade level do, no matter what the year.


Does anyone have any brilliant ideas?

Ah, yes, Liz!!! "Procrastinate your Passions" is a lovely subtitle for the book "Art and Fear," (which is a real book, by the way.) And I must admit that the only reason I ended up drawing was because I didn't have the car that day and every other task I had attempted was thwarted in some way. How lame am I. But one must keep on truckin', mustn't one?

Has anyone read Toni Morrison? I just finished "Beloved." It's amazing. Definitely not for the faint of heart, however. The whole book has this freaky, dark, off-kilter, sorrowful, heavy feel. Michael says it's actually comedic (sp.) at the end, in the sense of an upturn---that the characters seem to be emerging out of the darkness. Anyway, I don't have anything brilliant to say about it, really-- just that I was really affected.

....the title of a great book for artists. Addresses the excuses we make in order to NOT make art. One I need to re-read!

However! I spent hours drawing yesterday! It was fabulous. First I warmed up on the chi's; they were perfect gesture models, as they tended to move around every 30 secs. and then freeze. :) Tiny chihuahuas in various poses, spread out all over the page.

Then I worked on a pencil portrait of a Haitian child that I started about TWO years ago and never finished. ( I hear the phrase "fear of failure" ringing in my ears.) And I finished it!

Someday I'll get a digital camera and display it here. The drawing, I mean.


follow the ant around the outside of the shape

slosh in the water jar, dab on the sponge

foreground middleground background, place him IN the land

this ground around the tiger looks sorta like monet, 'cause i did those brushstrokes

Have decided to open up the blog....for others to read. I'm realizing I might has well be journaling in a sketchbook if nobody I know looks at this....if private journaling is what I want, it's a lot more satisfying with a great gel pen or pencil.

There are so many things I'm thinking about lately....Funny how thoughtful I become when I'm off for the summer....This summer, in particular, has given me a great deal to process. More on that later.