My little online artstore is up and running again....I'll be adding things gradually--it's quite
time-consuming, I'm finding...So check in every so often. I accept paypal and money orders, and if I know ya, I accept checks. :)

Christmas also included many lovely things. Christmas parties with church friends and school friends. Pizza and wine with dear girlfriends (pics.) Dinner and a movie with dear brothers and sisters-in-law. Time with extended family. Listening to the Vienna Boys Choir sing "Once in David's Royal City." Beating my husband twice! at Scrabble in one night. Managing to avoid the after-Christmas shopping craziness altogether. A Christmas Eve homily from the pope that really struck a chord (more on that later.) Time to read. Time to pray.

This year, Christmas in Texas was a little slice of life--beautiful and fun and crazy and painful and busy and restful. 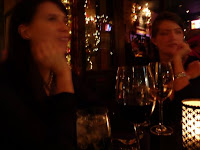 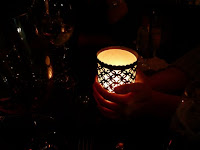 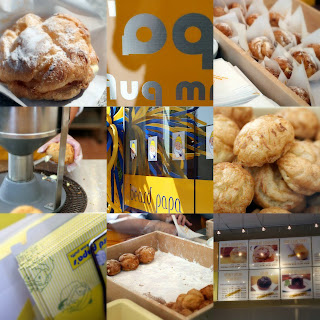 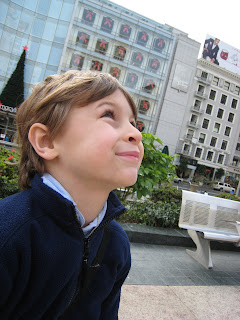 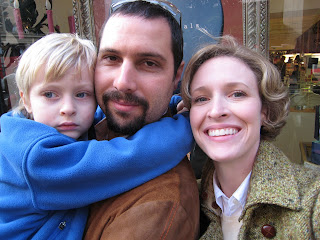 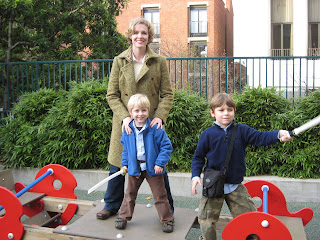 We spent the 22nd visiting Union Square and Chinatown and enjoying all the sights in San Francisco. The highlights were Christmas windows, cream puffs, buying swords and prints in Chinatown and finding a park in St. Mary's Square. We have fallen in love with the city.

I hope everyone had a great Christmas!! 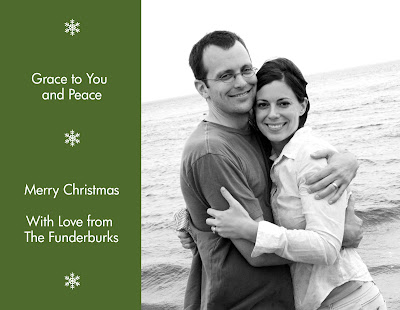 Well, I "updated" the blog like blogger told me to--it promised all kinds of new functionality. But now my friends have been kicked off the blog, for some reason. I'm really sorry--I'm trying to figure out what happened. If I don't figure it out tonite, I'll work on it in the morning. Yikes!

What happens when team blogs switch to Blogger in beta?
A team blog will only switch to Blogger in beta when the original owner moves his or her account over.
Team members who have not yet switched to Blogger in beta will still see the blog on their dashboards, but it will be grayed out and inaccessible. Once those members move their own accounts to the beta, they will be able to access the blog as before. If they can't yet switch, or don't wish to, they can ask the owner of the blog for a new invitation to join the blog on the beta version. They can then accept that invitation by logging in to or creating a Google Account to post to that blog. (Later on, when they do switch their Blogger account to the new version, they'll have an option to merge it with this account.)
If a team member of a blog switches their account to beta before the blog owner does, then the team blog is not converted. It will appear on the team member's dashboard in beta, but clicking on it will lead back to the old version of Blogger. Thus, the blog will still be usable, but without the new features of Blogger in beta (e.g. Labels, Layouts, etc.).

I had no idea this would happen! So sorry--I suppose you guys have to switch over your accounts to the new blogger in order to appear on the blog again....*sigh* What a pain! 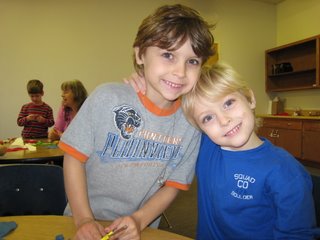 Yesterday was Sam's homeschool tutorial Christmas Party. There was cookie decorating, craft making, stories, songs and food! (Including one store bought pizza that caught on fire in the oven!!) 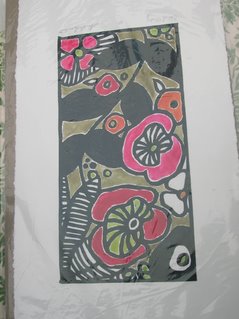 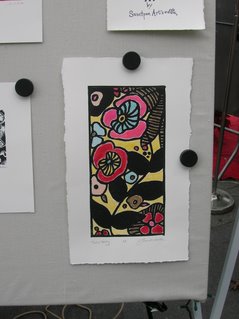 hey, L, here are two different versions of that print. I sold out of both, but can make you one. xoxo, sweetpea 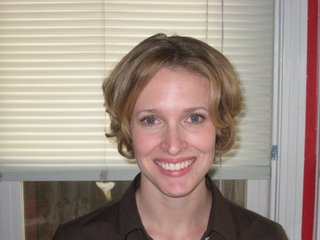 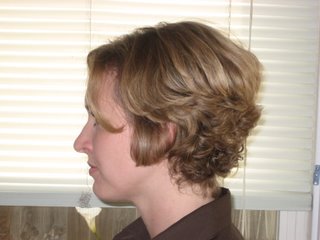 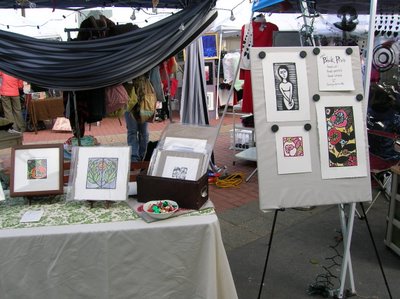 Bottom line---I had a blast! It was freeeeezing on Saturday (I couldn't actually feel my feet until I put charcoal footwarmers in my boots) and chilly and rainy on Sunday, but I sold quite a few prints and M. and I enjoyed ourselves depite the cold. We packed up and left on Sunday due to rain...but I sold as many prints in one day as I hoped to sell in two days. I was very encouraged. Thanks to all our friends who stopped by for moral support.

I have more fun pictures that I'll post later--computer is having trouble posting images right now. 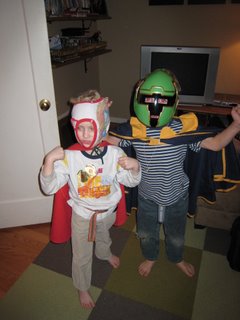 The consequences of letting your children watch Nacho Libre. Yes, that is underwear on Ethan's face. He calls it his 'rumbling mask'. 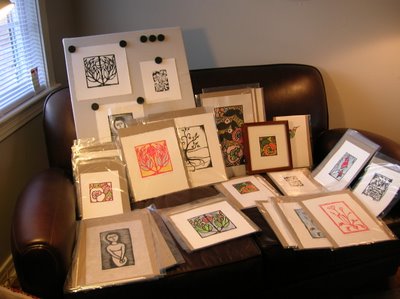 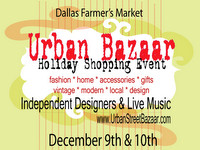 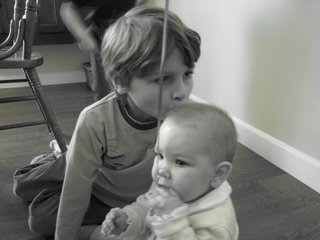 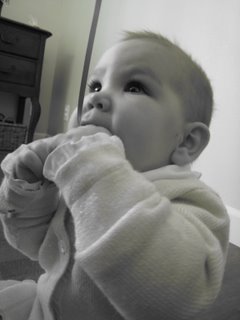 This past Saturday we attended the birthday party for Audrey, my good friend Laura's daughter. She turned 1 and the Barna family loves her very much. We affectionately call her, 'Baby Audrey'. 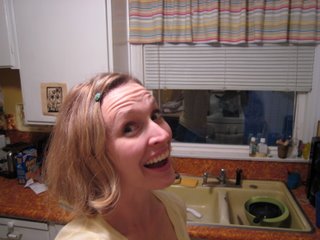 Advent began yesterday. In church we started carols and advent liturgy. After church we went to Whole Foods to buy an evergreen wreath...then on the the craft store to pick up some candles--3 purple and 1 pink. Didn't light the first candle last nite as we realized we didn't have appropriate holders for the new candles--weren't interested in a blazing Christmas wreath.

Of the Father's love begotten, ere the worlds began to be,
He is Alpha and Omega, He the source, the ending He,
Of the things that are, that have been,
And that future years shall see, evermore and evermore!

O that birth forever blessed, when the virgin, full of grace,
By the Holy Ghost conceiving, bore the Savior of our race;
And the Babe, the world's Redeemer,
First revealed His sacred face, evermore and evermore!