I received news yesterday that the referral wait time for Chinese adoptions might hit 17 months!!! What that would mean is that we would not receive a referral until next October and travel December of 2007!!!!!!!!!! Argh... Most of the time I can remain patient knowing we have so much to do, but then there are days like today....I could have made 2 babies by now.

I'm hoping to buy some Christmas presents at Ten Thousand Villages. This online store is run by Mennonites and offers gifty items made around the world. Most importantly, TTV is a fair-trade company (like WG mentioned in the last post.) Fair Trade means that the craftspeople are being paid properly and fairly, instead of being ripped off for their work (a la Walmart and many other stores.) Anyway, it's a fun site to visit!

There's a new movie playing in select theaters called Black Gold. It's a documentary about the unfair trade of the coffee industry. It won "Official Selection" of the 2006 Sundance film festival. Check it out:
www.blackgoldmovie.com

I'm guilty of not thinking about where my coffee comes from, but I'm hoping to educate myself and make informed decisions about where I spend my money...

Pssst! Kristen over at This Classical Life, who's also a member of our foodie and art blogs, has her own little design company--birth announcements, holiday greetings and the like.... She's offering a 15% discount on holiday orders placed by Nov. 5th. Check her work out at www.wingedfeetdesign.com. 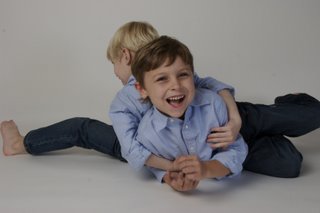 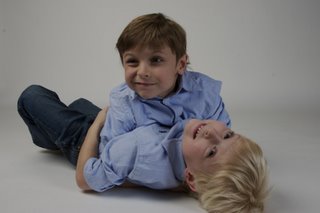 when I remember WG is comin' to Tejas next week! 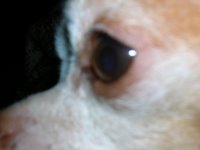 Some of you, perhaps many of you, breathed a sigh of relief when we gave away our two chihuahuas.

"Wow," you said, "enough with the chihuahua posts! Glad there won't be any more of THOSE."

But if you said that, you were mistaken. Because the chi's are back. Things didn't work out with their new/old family. Too many children, cats, and dogs--too crazy. So, of course, not being the sort of people who cast homeless chihuahuas into the street, we took them back. And I must say that it feels good to have the two teenies back in the apartment.

Have you heard about Bono's (RED) campaign? The campaign has partnered with Motorolla, American Express, Gap, Armani, Converse & Apple's Ipod. 50% of the profits go to The Global Fund to fight Aids, Tuberculosis & Malaria. From what I understand, the Gap products (not sure about the others) are made in Africa. I've been skeptical about the Gap in the past, but it seems like this clothing is made by people who will greatly benefit from the profits.

What do y'all think?

I just heard Cindy Sheehan, comrade of Hugo Chavez, was nominated for a Nobel Peace Prize.

Given that Yasir Arafat is a Peace Prize recipient, I suppose I shouldn't be too surprised. And yet, I am. 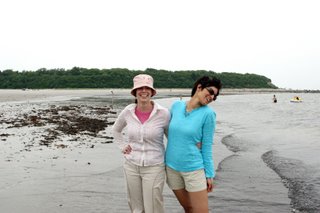 I just wanted to mention that October is Breast Cancer Awareness Month. As women we should be informed and aware of early signs and know the facts. My doctor told me recently that during my monthly breast self-exam I should be looking for any changes in skin texture as well as lumps and unusual swelling. I didn't know this, so I thought I'd pass it along...I also didn't know that the whole point of the monthly self-exam is to get to know your breasts. =) Most breast lumps are not cancerous and many of us have healthy, lumpy breasts, but when we are familiar with our breasts we can detect any unusual lumps quickly and early.

Happy October to you! Get to know your breasts!

My sweet friend E. lost her father yesterday evening. Please pray God would comfort her and her family. It know it must be terribly difficult to lose your dad when you're young and single....M. and I are traveling to Lousiana for the wake and funeral tomorrow; we'll also stop in to visit my 93 year old mee-maw.

I've been subbing for E. this week while she's been in LA, and will next week, as well. Two things: I've loved being with her class. But I've realized once again how grateful I am for a break from the teaching grind. I know I'll teach again sometime fulltime, but boy, is it lovely to be home...

Yesterday I had the privilege of taking E.'s second-grade class to the city art museum.

I'm always so excited to watch our school's children at the museum. They've had such beautiful experiences with paintings at school--it's a key part of Charlotte Mason, after all.....it's so sweet to watch them take it all in when they get to see the "real deal." I think they wore the docent out with their questions and observations!

An exchange between the docent and one of E.'s second graders:

Docent: "Does anyone know what a symbol is?"

Student: "Well, it's.......it's something that represents something else."


I call that some fine abstract reasoning for a seven-year-old.
E. would've been so proud....

Something new to look at.... 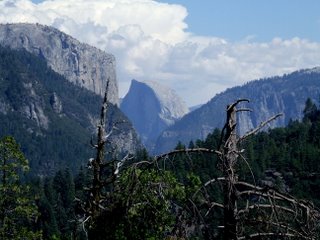 How about a view of Yosemite? The curved mountain is Half Dome and the sheer granite mountain on the left side of the image is El Capitan. It is the largest granite monolith in the world! People climb both of these-not me.