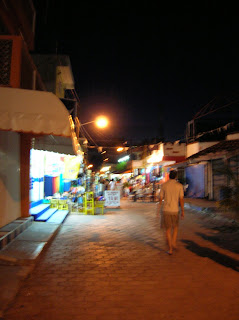 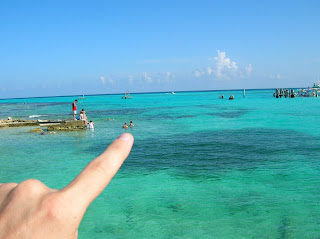 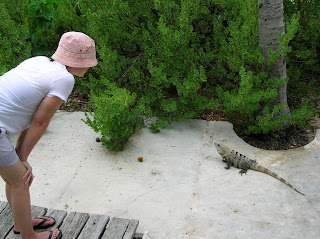 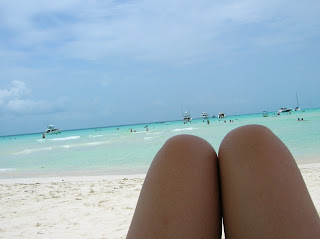 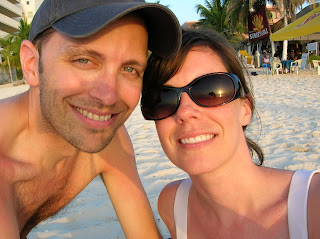 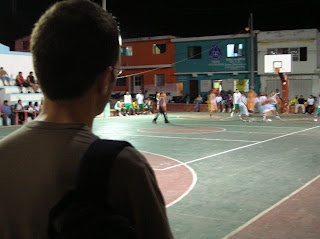 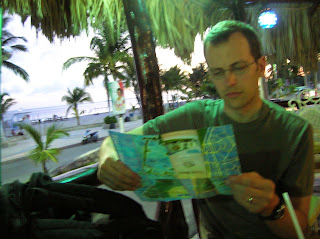 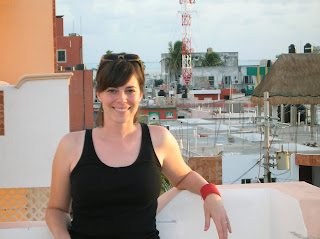 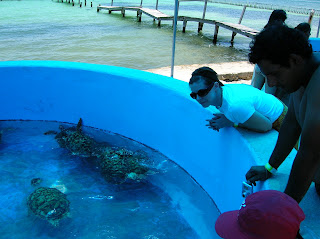 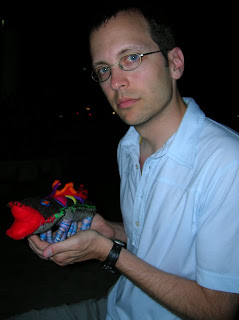 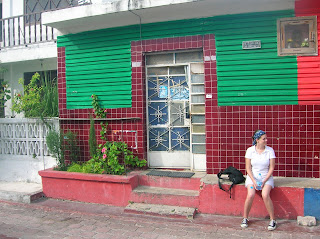 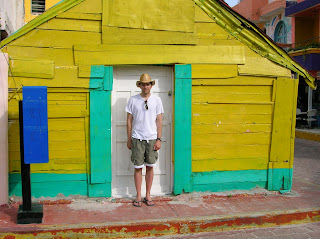 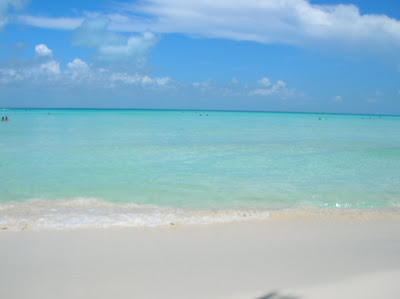 Once upon a time, two very pale white people traveled to Mexico for a beach vacation. A marvelous time was had, though both pale people broke out in sun rashes. The water was cool, the sun was hot, the people were friendly, seafood was eaten, broken Spanish was attempted, a manta ray seen and touched, la farmacia was visited twice, dinner was enjoyed on the beach at sunset, and a Mexican basketball (?) game was watched in el centro de la ciudad.
# posted by sweetpea : 8:27 AM

the iguana was about two and half feet long, so....no. he kept opening his mouth when i came too close!

So you touch bearded dragons, but not wild iguanas? Probably smart.

i love the pictures! i'm glad so much fun and sun was had... in spite of the rash.

I'm having a little sister in law envy! Looks like a fabulous time. You deserved the break.

Bet it was a lot of fun! Michael looks like a refugee.

I want to go there! Look at that water! and you're not as pale as you think. seriously. you should see me after a chicago winter.