How do you dress for a premiere?? 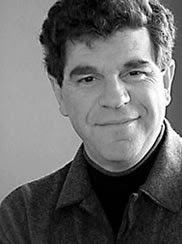 In a few weeks we will be flying to see the premiere of Shake Hands with the Devil at the Toronto Film Festival. It is about the Rwandan genocide. Why are we going, you may ask?? Because its executive producer is our own uncle, Laszlo Barna. (Distant cousin actually, but being a small family he was upgraded to uncle.)

He has been an award winning filmmaker and producer in Canada for 25 years. He does not do this all alone. His wife/partner is a quiet, behind-the-scenes force in all they do. Recently their top rated show in Canada, Da Vinci's Inquest has been playing in the U.S.. They have also produced Megabuilders on the Discovery channel and shows for the National Geographic Channel. But Shake Hands with the Devil is by far their biggest film. We are very proud of him!!

We were thrilled when he called and personally invited us to come and attend the premiere. So along with brushing up on my Canadian celebrities, I'm trying to figure out what to wear. Yikes. The premiere is at 2:30pm. Any ideas??

well, whenever WE attend premieres, we.....yeah, never mind. i have no idea.

no seriously...need help. My other issue is that I can't spend any money. It's got to be in MY closest or a friends. I'm thinking jeans w/heels. The top, I have no idea. Its usually hot and humid in mid Sept-in Toronto.

I'm going to feel like a nerd anyway, but it will be fun.

Wow! So fun! I have no idea what you should wear. Pick up one of those tabloid type magazines or InStyle or something and see what people wear to these things at 2 in the afternoon...

Can't wait to hear all about it!

I'm thinking a premiere at an ongoing film festival would be more free and casual than a stand-alone premiere--jeans and heels sounds good.