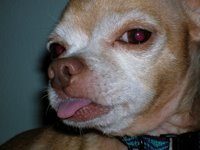 We're in the throes of moving across city. My main thought is, "How in the WORLD have we acquired so much CRAP in a YEAR?!"

I want to tear my hair out. I've already bitten off my nails. I want to take all the single socks, old magazines, the crate with, like ONE notebook from school in it, and all the rest of the pounds and pounds of CRAP which I can't quite justify TRASHING, and throw them into the alley. Just leave it all there, strewn across the gravel.

We all begin organized, wrapping objects in newspaper and labeling each box neatly in sharpie. But we all end up stuffing random crap into trash bags.

Comments:
This is my life.

A week until the pods are delivered.

I am actually craigslisting a decent amount of not-quite-junk and have a little "buying stuff for the playroom" kitty. So that excitement is driving me on ;o)

I actually thought of you as I wrote this, Kristen. "I wonder if Kristen is ripping HER hair out...."

Very fun about the playroom.

This comment has been removed by a blog administrator.

Oh, and I keep meaning to ask. Were the doggies excited to see you or what?

"...Strewn across the gravel" So nicely put. Seriously, Stephen would advise you to have a bonfire with all the crap and then dance a dance of freedom.

And I would advise you to pack it all away because someday you'll want to be nostalgic with it all. Why? I don't know...I'm just sure if I throw it away I'll need it as soon as it's gone.

WG--the doggies were very happy to see us.

and i like the idea of a bonfire. and a dance of freedom. maybe we can write a song with choreography, then perform it around the fire.

Where are you moving to? I can't believe we've been back in touch for a year, and we still haven't seen each other.

lindsay--we just moved across town. it's so silly we haven't laid eyes on each other. i think we should change that.